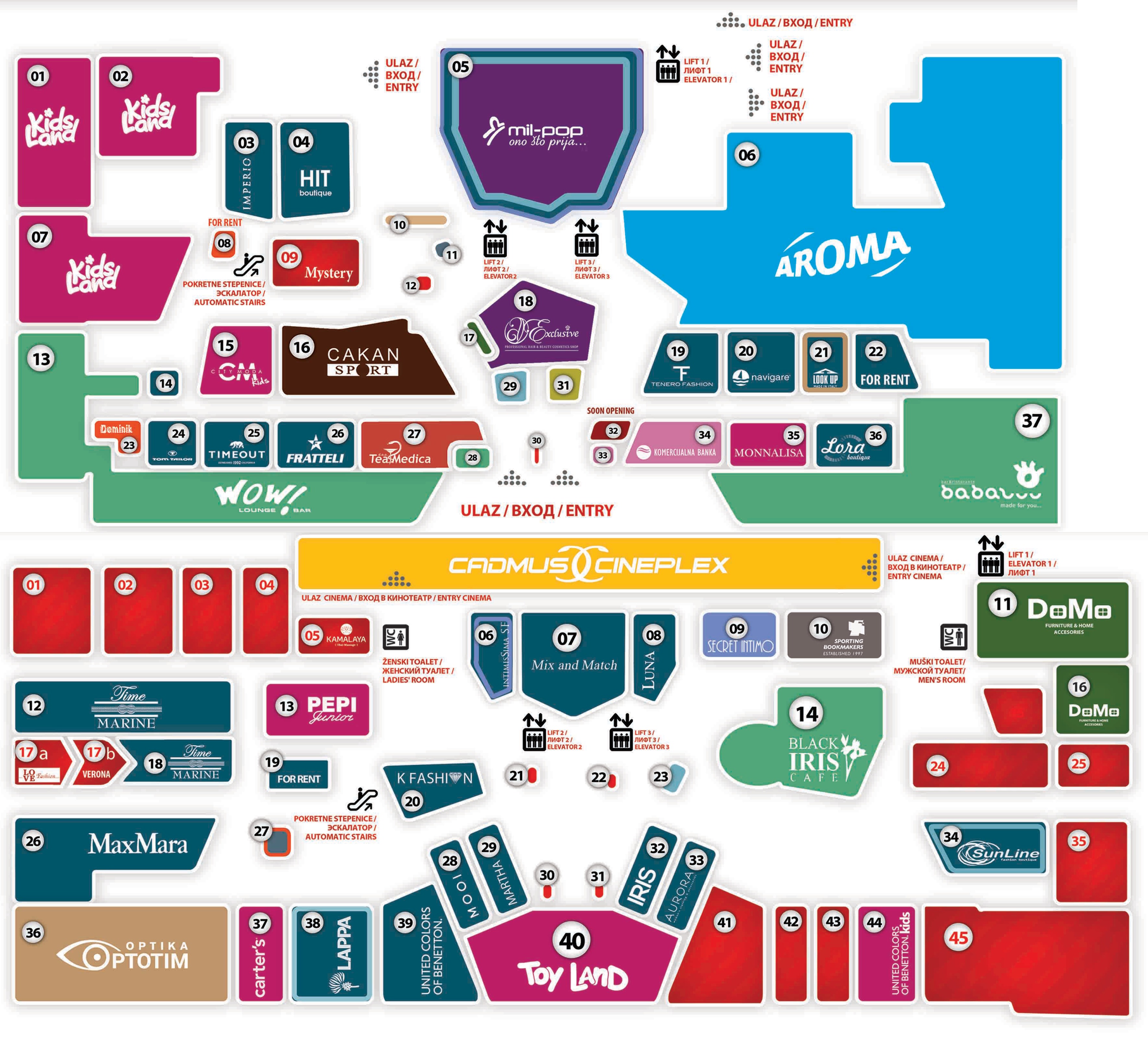 Cadmus Cineplex is a modern cinema which has four cinema rooms with a total capacity of 292 seats. It is equipped with the best technology for image reproduction and state-of-the-art AC systems. The temperature in the cinema rooms is always 21-22 °C, which guarantees a pleasurable setting for enjoying films and other activities even during the hottest summer months. The upper level rooms are equipped with 3D technology and DCP projectors, while room 4 within the kids’ playroom is planned as a projection room with the latest Christie BD equipment. The complete sound system consists of JBL and Crown amplifiers, together with Dolby servers. The cinema got its name after the ancient hero Cadmus, the mythical founder of the town of Budva, the only mortal who married a goddess. We feel that the Ancient Greek theatre tradition is manifested in our age as motion pictures on the big screen. Naming the cinema after Cadmus is a small contribution to the affirmation of the cultural and historical heritage and its presentation to the wider public.